I won an Eagle Award! And Happy Halloween

Apparently I won an Eagle Award for "favourite Colourist" the other night, over in the UK. The ceremony for the Eagles being at the MCM Expo which I try to hit at least once a yeah but already did in May so had to miss this one, bugger!

Huge thanks to everyone who voted. Means a bit since it was a more public vote, so *you* crazy people actually think my colouring is somewhat interesting. Cheers!

Congrats to the other winners too, Especially happy about Warren Ellis ( Favourite writer ) and Jamie McKelvie ( Favourite new artist )

I Thank Squid for us all.

Oh...now, it's also Halloween and I just got sent this by Bryce ( or Spider, that's the name I have ) Many, MANY thanks man! So have a happy one. I shaved Marvin so I can be a 10th Doctor Who tonight. I now have the RIGHT sonic screwdriver and Psychic paper, so I'm set thanks to an awesome guy who GAVE me these things at ZomBcon, which I'll be at all day today.

Have a good one guys. 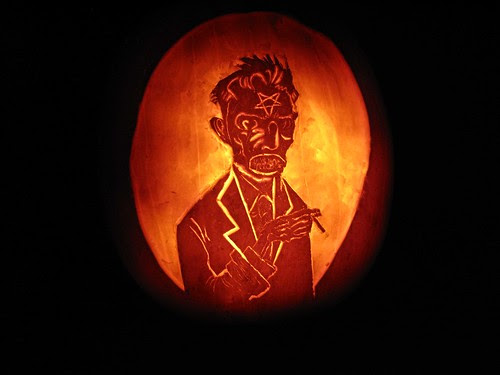