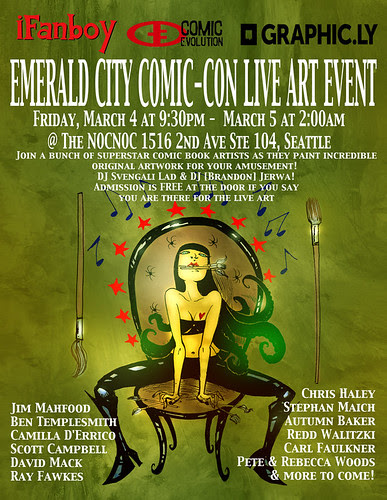 Posted by Templesmith at 4:22 pm No comments:

Yup, I'll be up in San Francisco, most importantly doing this live art thing for the Noisepop Festival with DJ Samsupa and ALSO... this here thing below for ISOTOPE COMICS, only the best store I've basically ever been to.

This year, I *won't* be at WONDERCON sadly ( I'll be on another continent instead ) so if anyone wanted a commission off me, I'm taking some in advance of the SF trip and can deal with them at the Isotope event, where I'll be chatting/sketching/drinking the whole time. I'll also have a very limited number of SQUIDGIRLS: EROTICA TENTACULA on hand, for personalizations and sketchings in. This'll probably be the only time I'll be up to SF for the foreseeable, so come on out and see how great sequential art and the people who love it can be.

Details for commissions and such can be located here and drop me a note about what you want at bentemplesmith @ gmail.com. I really need to consolidate lots of info into something manageable, I know. When I eventually get time to breathe... 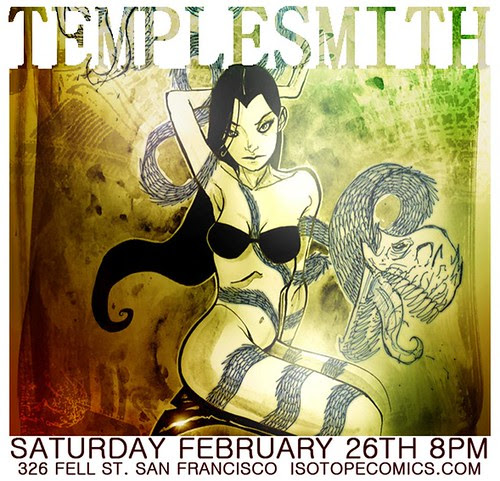 Posted by Templesmith at 2:52 pm No comments:

Ok, almost new...the really really new stuff is coming too. Yet again, Wormwood Volume 01 has sold out, so it had to go back to print and it's finally back in stores today. And yes, retailers can actually order it again too. PLUS, with a new Wormwood miniseries out eventually this year, there's new life in the old corpse yet I hope.

I even did a new cover for it. Got really sick of the old, first cover I ever did for a Wormy trade. Hope people think this one is just as good. A bit more in sync with the others.

You can buy it from all the usual places, IDW, and Amazon as well. Support your godly local retailer first if you can though. 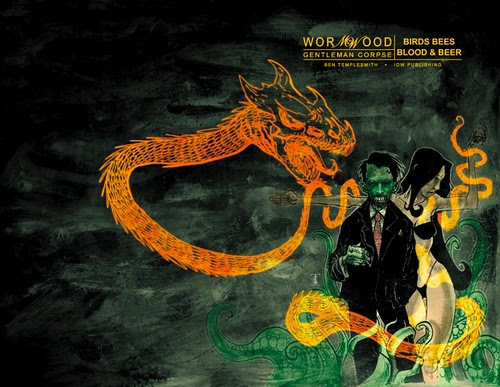 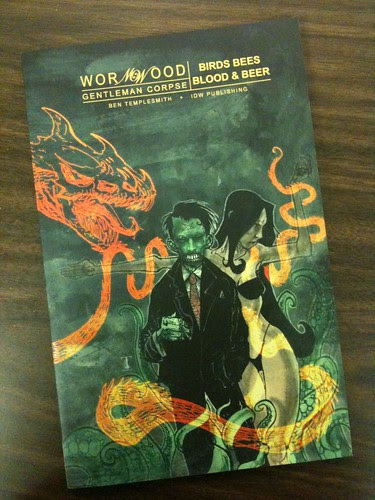 Posted by Templesmith at 5:13 pm 5 comments: 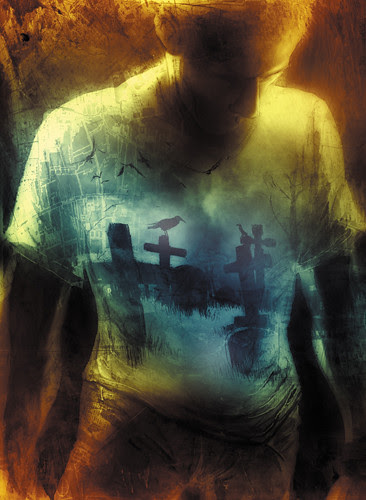 So I did this image for a book cover for Caitlin Kittredge's new thang, "Curse of Four" from Subterranean Press. One of my favourite images I've done in a long while actually.

It's up on her blog now, so am guessing it's all right for me to plug it and of course, check out her website!
Posted by Templesmith at 8:23 pm 1 comment: 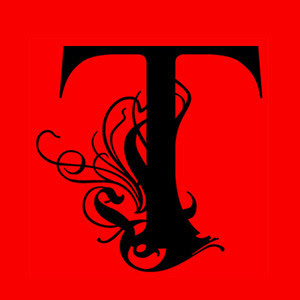 Alright you lot, apologies for lack of updating. Been off doing things, traveling and making so many plans, including moving city/state to Seattle. And it's not over yet so things may be a little sporadic for awhile. BUT...

In response to a lot of queries and questions, this is what's going on and I'm going to point you all here for the info.

Is coming! Got to work madly on it now. Will be solicited for July, more info to come and there's already a sneak peek on my tumblr.

Yes, amazingly, there's a new, full script for issue 10 and it's a spiffy one from Warren. I'm starting on that this month too. Right now it has to fit in with all the other crap I've got going on but it'll get done soonish. It feels really good to finally have a different answer to the classic "So when will there be more FELL?" question. The answer is SOON.

WILL be finished, Ben is working on the final script for issue 6 right now.

This one I'm getting into now too, script is coming along and I'll be fitting it around the other stuff. Yes, I'm a busy boy. Really got to get my arse moving on this one.

Ok, so here's how the first half of the year is looking so far. Still doing a lot of travel and hopefully meeting all the cool people who amazingly support my work.

NOISE POP- February 27th I'll be down at the festival, doing some live art, specifically of FELL, along with DJ Samsupa. It's a free event at the festival, so come on down. and YES, wil be doing a signing/event thingy at Isotope comics with the insanely good James Sime and co. there'll be a signing and some Squidgirls for sale. I can do a small number of commissions to be picked up/paid for at the signing if there's demand as well. Email me to get on the rather short list for such things. ( bentemplesmith @ gmail.com )

Yes, I'll be there. Yes, I'll be doing commissions and should have some Squidgirls for sale too. I'll be found in artists alley somewhere, wherever the big red banner with my "T" is basically.

Yes, I'll be there. Yes, I'll be doing commissions and should have some Squidgirls for sale. I'll be able to be found at the COMICS PIPELINE booth the entire con.

And further on, all these cons are ones I'm pretty much committed to for now. Because I am insane, apparently. International stuff to come: