I've been adjusting to working from home this week & finishing up a rather massive work load, so spending time updating the news/blogs I have around the place has been a bit secondary ( I do however, not shutup on twitter through the long work nights ).

So just to prove I can still post art and keep you guys interested while I go insane finishing some other stuff...

Can you guess what it is?

Ok, was meant to be a Turok comic of sorts, to be given away as a promo item at SDCC, many years ago. For some reason it never got that far, but I nonetheless did the comic. It's been aaaages now, so why not show a couple random pages since the stuff I'm working on right now isn't ready to see daylight just yet.

Yes, there's a lot I've done that never gets out there. You'd be surprised! 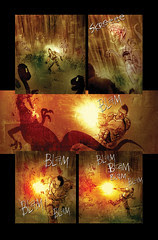 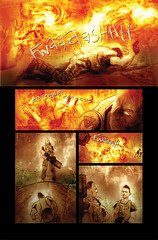 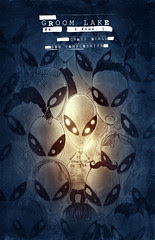 Hope you like where Chris Ryall and I have taken the miniseries thus far. ( the crotch and other dirty human/alien things mostly )

I wonder how did you do this sir.Simply eye popping action

Any hope of more Groom Lake?