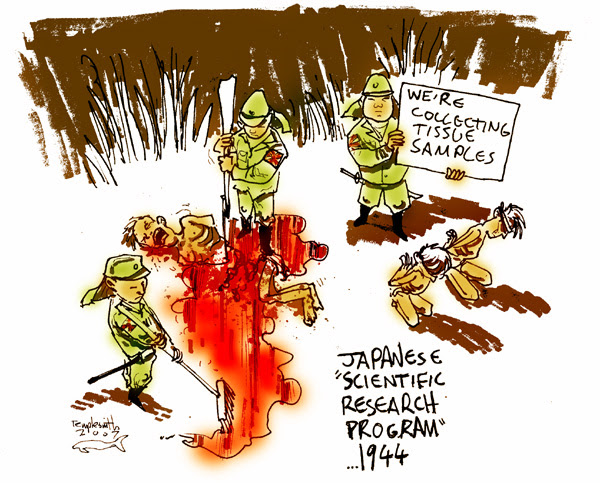 Posted by Templesmith at 9:13 pm

Ben,
deep subject here mate, nice to see you switch gears for a second.
point A) i dont want to see whales and dolphins killed. point B) scientific research .. my ass. have some balls japs. point C) its not so much the killing and eating of them that bothers me, but rather the inhumanity and lack of respect for these creatures. killing and eating is a part of nature, sure, but to do it in such a way as to cause unnecessary pain, suffering and delayed death is just wrong.

makes you wanna become a vegan lol. but then again, lets flip it for a second and try and see all sides. we kill our defenceless native animals in kangaroos. we slaughter placid and harmless cattle for food. its a fine line, im not saying either ones right or wrong.

more to ur art Ben, the feverish cartoon really captured the feeling of your post. as horrifying as it is lol. aint it sad that we humans can be capable of such barbaric things.