Who to piss on: The croc or the virgin mary?

You can't make this stuff up. 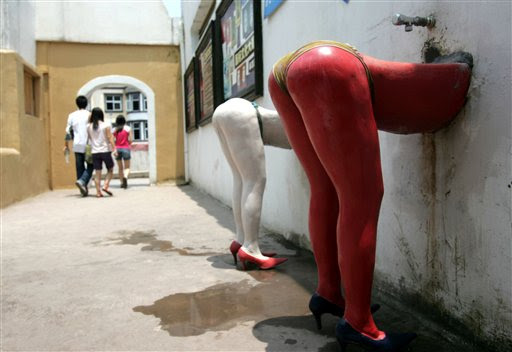 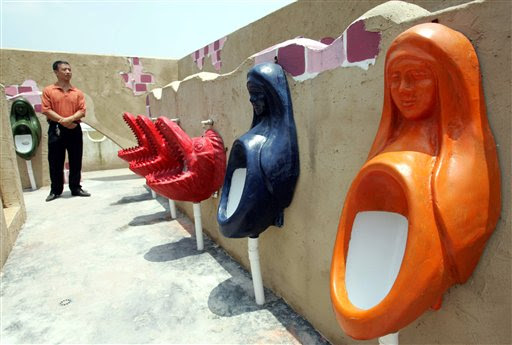 AP) They're flush with pride in Chongqing, where a recently opened porcelain palace features an Egyptian facade, soothing music and more than 1,000 toilets spread out over 30,000 square feet.

"We are spreading toilet culture. People can listen to gentle music and watch TV," said Lu Xiaoqing, an official with the Yangrenjie, or "Foreigners Street," tourist area where the bathroom is located. "After they use the bathroom they will be very, very happy."

Footage aired on CCTV showed people milling about the sprawling facility and washing their hands at trough sinks. For open-aired relief, there's a cluster of stalls without a roof.

Some urinals are uniquely shaped, including ones inside open crocodile mouths and several topped by the bust of a woman resembling the Virgin Mary.

There are also plans to build a supermarket nearby, which will sell toilet-related items, CCTV reported.
Posted by Templesmith at 4:02 am