You will not be missed. 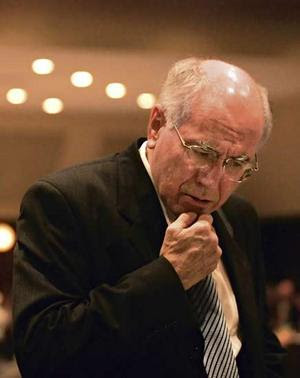 Mr Howard has left his home at Kirribilli House and is on his way to the Wentworth Hotel where is expected to publicly concede defeat to the nation.

Mr Howard also faces the prospect of losing his Sydney seat of Bennelong. The seat is currently too close to call.

Many of Mr Howard's ministers look like casulaties of the election.
Posted by Templesmith at 3:29 am